With two of my friends who I managed to rustle out of bed after a busy previous day of driving around the island’s north shore, we took this walking tour up busy Kapahulu Avenue in our quest to find a few local eateries that I had previously researched and been told of by someone I know who has lived on the island. 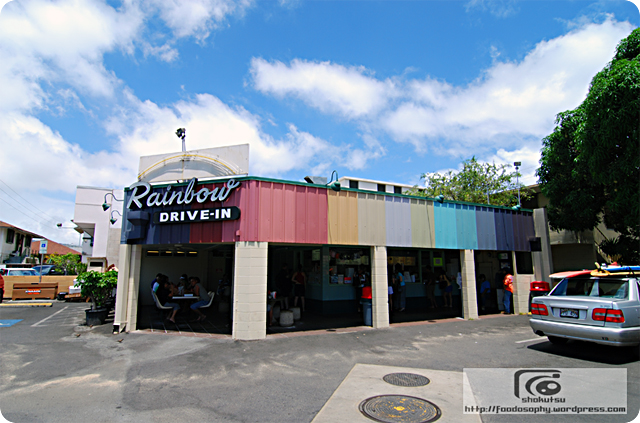 But it was by pure luck that we also came across the Rainbow Drive-In, as it was not originally on my hit list.  The lineup at the counter as we passed it while traveling northbound made us think we needed to come back for a visit and a brief inquiry about this place to a man in line resulted in him telling us enthusiastically how “amazing the food is here and that we had to try it out”!

After we completed our intended stops up the road, we did just that. 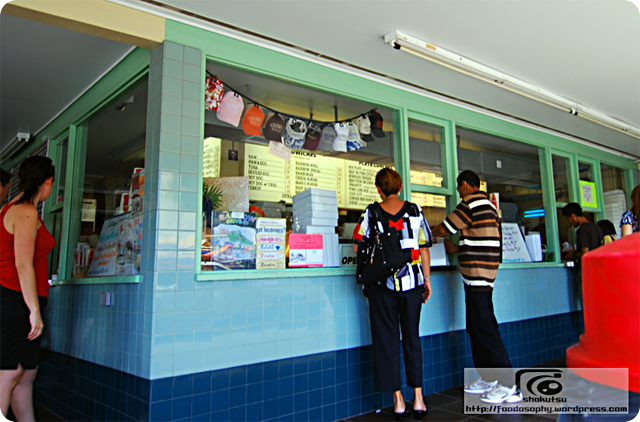 By then, about an hour and a half had passed and the massive lineup had subsided – in hindsight it was probably the lunch hour rush that we’d seen before.  But all of the available tables nearby were still all taken and a few people were in line ahead of us and awaiting their orders at the window on the other side.  A popular place is a popular place regardless of time of day.

Prices across the menu board were very reasonable.  Mixed plates (barbecue, fried chicken, pork cutlets, hamburg steak, sausages, etc.) with sides of rice and salad came in generally at under $7.  Hamburgers, hotdogs and sandwiches were also well represented and nothing was over $4.  A few local tastes such as Mahi Mahi, Loco Moco and what they called a “bento”, were also available.

I found the naming of some dishes that were using Japanese descriptors such as the Shoyu (Soy Sauce) Chicken interesting, until I found out the long time proprietors of the business were Japanese-American. 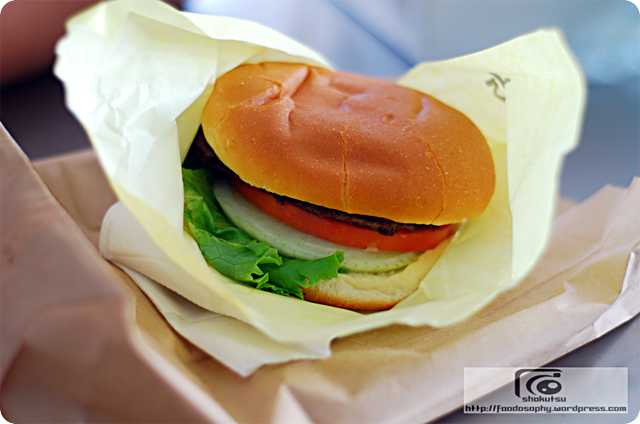 Given that I’d already had a big bowl of shave ice, and a trio of Malasadas, and an ice coffee within the last ninety minutes, even I had to admit I was quite full already.  But I had to make good on the promise to that man in the line that I would come back and at least try something on the menu.  Pictured above is the Rainbow Special burger ($3.30).  A cute little package, with the beef patties charbroiled, and sandwiched between a nice soft bun.  Quite tasty too for what it was, a low priced basic burger.  Throw in the aura surrounding this popular eatery and the generally good mood I was in on vacation, and it probably elevated my impression of the food.

If I hadn’t eaten as much as I had by that point, I probably would have gone for a mixed plate as well.  There’s always next time, as I am sure I will be back in Hawaii again.