The recent influx of Mainland Chinese has brought over more than just an increase in our real estate prices – they have also imported a taste for spicy Chinese food that until fairly recently, was relatively foreign to Vancouver. As recent as three or four years ago, I recall thinking how precious few places served authentic spicy Chinese food. And those that did specialize in these cuisines are often cloaked Cantonese kitchens that catered to the milder Cantonese palate – serving food that would not have satisfied the Mainlanders’ spice cravings. Over the recent years, with the increasing immigration of these “Northerners”,  the number of spicy Chinese restaurants has been steadily increasing to the point where I think we now have enough of a selection to have a solid week-to-week rotation of places to eat. 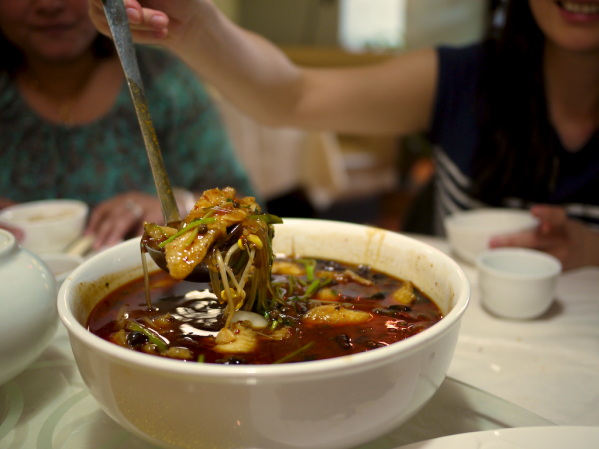 I still think we don’t have an exemplary Sichuan restaurant (especially after losing a very good one in Chuan Xiang Ge in Richmond), but I think we have Yunan covered (S&W Pepperhouse in Crystal Mall and their less able branch in Richmond), and we now have two very good Hunan joints to choose from: Alvin Garden (Burnaby) and Lucky Noodle (Collingwood).

Alvin Garden, whose food I have eaten since their early days as Crystal Hunan, used to be my go-to recommendation for spicy Chinese. It is still very good, but it now often shows signs of mediocrity. Lucky Noodle (or 湘味浓 – roughly translated as “The Bold Flavours of Hunan”) has now taken over my top choice. It is located in what I consider a new Spicy Chinese Corridor along Kingsway – dotted with spicy hotpot joints, and a variety of spicy Chinese restaurants all the way into Burnaby.

After a shaky first meal there shortly after they first opened (literally not even a week), my subsequent meals have gotten better and better over the last year. This is our third (or is it fourth?) group chowdown there so we have cut a wide swath through their extensive menu in which Hunan dishes dominate (albeit with dabblings of Sichuan). 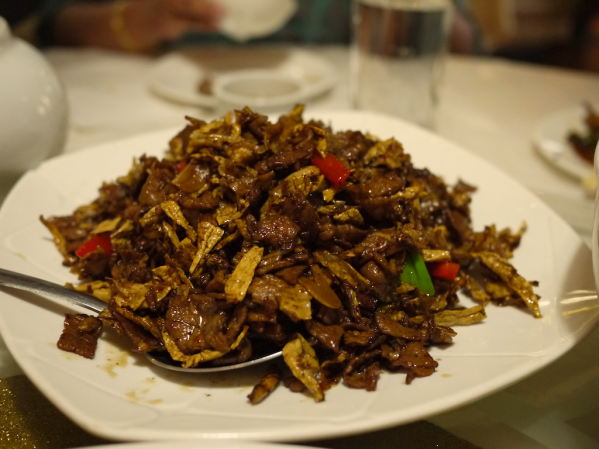 The food here has intensity and clarity of flavours – and contrast when you need it. It has enough spice to satisfy the palates of those familiar with this cuisine (we had a number of those sitting around tonight’s table). Smoke is a hallmark of Hunan food and the smoked dishes here did not disappoint. The menu is intimidating to the uninitiated, so let me recommend the following dishes to get you jump started:

Order that with rice and plenty of water because needless to say, this Hunan food can be blazing hot.

A cross post (with more pics) from Wise Monkeys.

One thought on “Lucky Noodle – Vancouver, BC”