Looking at our category log, I see its been eleven months since we last posted one of these grouped restaurant updates. I’m sure we could do more and do them more often, however the challenge is to provide something new. That said, I feel they do have added value as return visits that support/rectify earlier opinions is something worthwhile striving to provide.  I hope you agree.  Going through a bunch of notes and folders with accompanying images, I tried to come up with a consistent theme, and this one will be heavy on places I’ve frequented way over in Coquitlam/Burnaby… 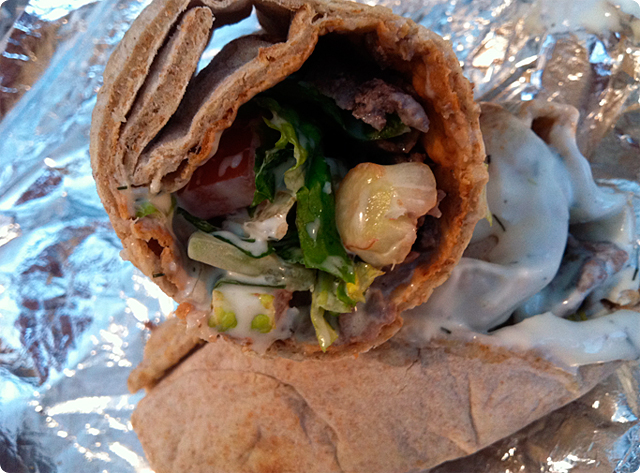 Its out of the way especially if you live in Vancouver, so you’re probably more apt to visit this popular eatery in the evening, which they can accommodate with their late business hours. But I’ve been able to check it out at lunch time and finding its a lot less busy, and the wait times are shorter as a result to get your food. In fact, on one of my most recent trips, I was the only one there and had my quick meal made up for me right on the spot, as if it were my own personal kitchen!   Its really refreshing to see the lavash bread (with whole wheat option too!) made immediately at the counter before being fired in the oven, stuffed with your choice of ingredient (beef in this case) and carefully wrapped up to go.  Photo above is a cross section as I cut it in half.  I was hoping for a bit more meat but the balance with the vegetables enabled it to have a pleasing ratio per mouthful.  So much more to explore on their menu, so a place I’ll come back to again. 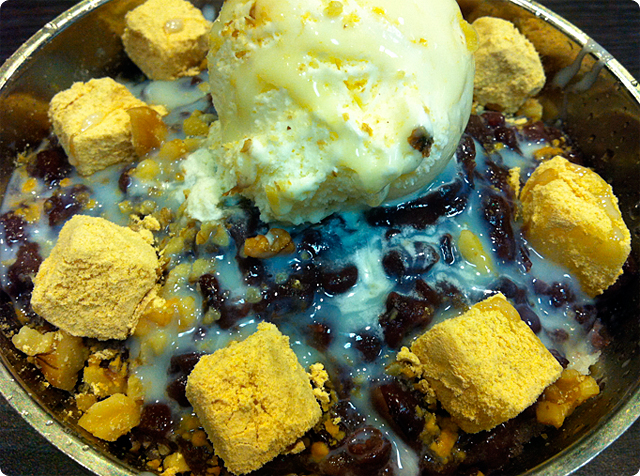 I noticed in recent months they have added more to their non-dessert area of their menu.  Lots of sharable, hot foods.  But not always the typical ones you find at Korean restaurants in the GVRD.  So a welcome change.  I feel its still stuck in between its status as a cafe versus a full fledged restaurant, but I think the shift is happening. Their sweets though are still what I come here for.  Like their patbingsu (pictured above) or their frozen strawberry sherbert (which unfortunately doesn’t seem as creamy and is more ice flaky than I first remember it being).  The after-meal focus I suppose would explain why I see a lot of younger females here as customers.  Its still in its secluded corner of this shopping area off North Road, but if you make your way in, you might find yourself in for nice, slightly different from the ordinary, Korean food/dessert experience. 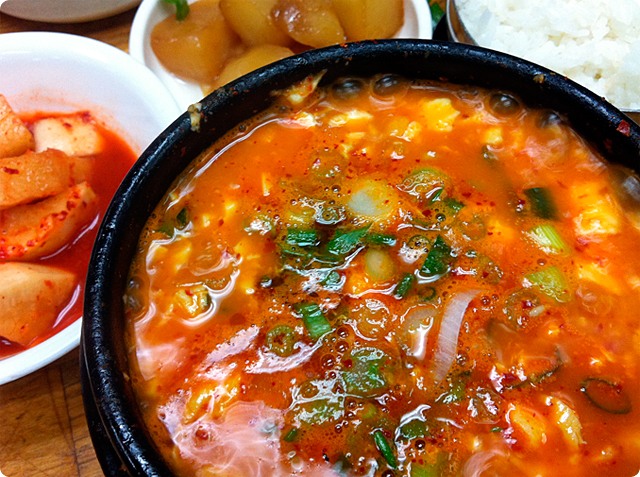 When I don’t feel like venturing really far east on Kingsway but still want to eat Korean food, this is probably the first place I’d stop heading out of Vancouver.  Its still got its homey atmosphere and the clientele it seems leans to the older side.  Perhaps with ties to the proprietors, but I often see plus 50 aged Korean folks dining here, but also a mix of younger groups who seem to head to the side rooms with more privacy.  Their soondubu is still pretty tasty, and I like to get it extra spicy and bubbling hot.  While not my absolute favorite when it comes to this dish in greater Vancouver, its right up there in terms of flavors and most importantly consistency, whenever I come visit. 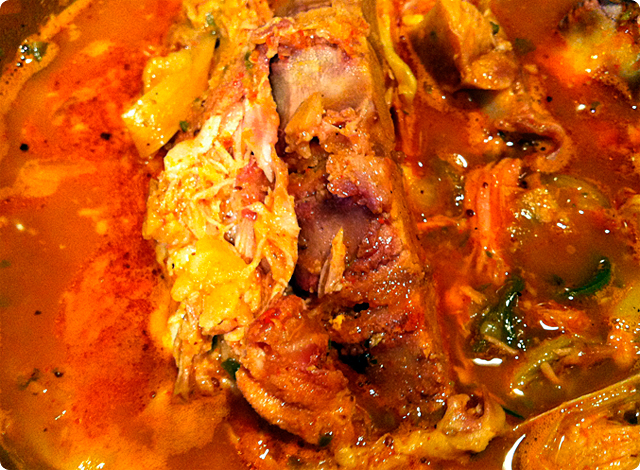 The Kitsilano location is becoming the one that rises to the top, compared to their downtown mainstay.  The gamjatang (pork bone and potato soup) is excellent!  Now my favorite place to have it in fact.  Service remains a step up in terms of attentiveness compared to other Korean restaurants in town where it is a lot more lackadaisical, so even for that, it provides a refreshing experience.  Fridays are brutal to get a free table, not surprising given the 4th avenue location.  Last few times, I’ve had to wait. 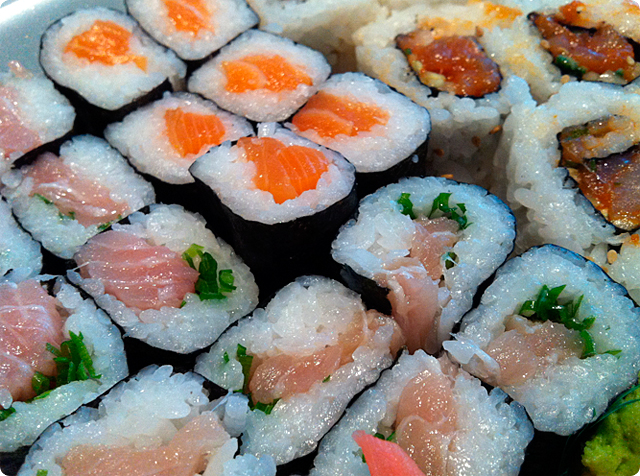 Quick, simple, nicely prepared maki.  Friendly service, always welcoming.  For what it is, an accessible level of sushi, places like this I like to support.  The nigiri I’m okay with although its nothing outstanding in terms of quality of ingredients.  A solid standby if you need fresh takeout. 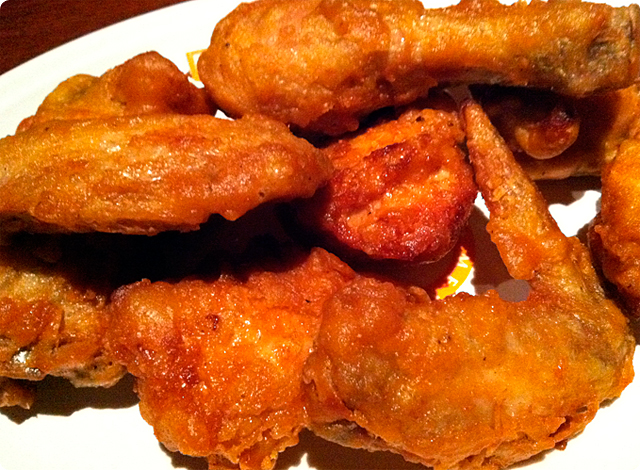 The interior conditions remain on the dodgy side, and really dimly lit.  I’ve found the earlier you go, the poorer the quality of the fry, due to the lack of ready hot oil.  But when its on, its great!  Go later in the night, when there area actually other customers around, many there for the good deals on the pitchers of beer.  In fact, the last time I was there, I was overhearing the owner and a vendor discussing new options for their on-tap supply, as I munched away on the crispy wings. 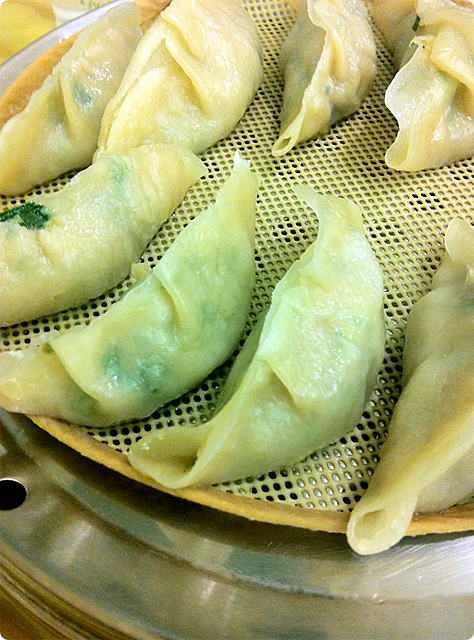 The buzz of this place has not worn off.  With limited seating, its always hard to get a table.  Even for two.  Takeout remains a viable option, and many customers do take that route.  I noticed the prices have ticked upwards since its opening, with I suppose is understandable given their prices are not high to begin with, and its seemingly sustainable from a business perspective.  I’ve been able to try their other menu items too, like the odeng, and came away satisfied. 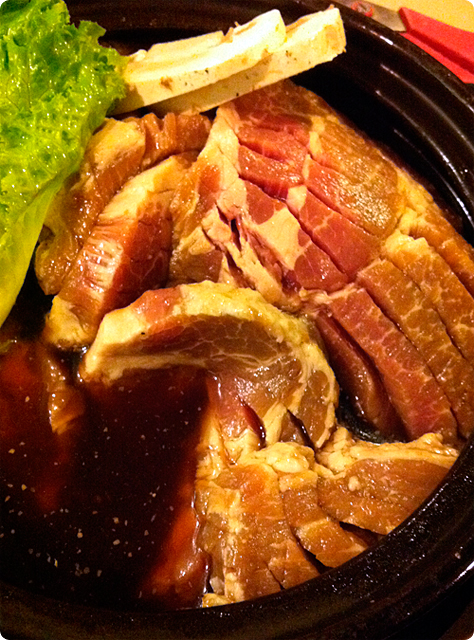 Another place that now has a solid footing after its opening.  Been back a few times, and I always go for the grill.  The hangari kalbi I still adore, and so far its the only place I know where I can get it.   Service is still wonderful (although they seem short staffed when its packed), with their quick and timely rounds to ensure the steel grill plates are changed before they get too charred and it influences the taste of the meat being cooked.  I think the word has spread about this place, as its busier now than I first remember.  Its starting to remind me of what you see over at Cho Sun – lots of families.