Itsuroku Kimura, the itamae at his eponymous sushi restaurant Kimura, is a bit of a workaholic. After selling his previous restaurant in Santa Monica (one of a number he has owned in his long career), he moved up to Vancouver to retire. 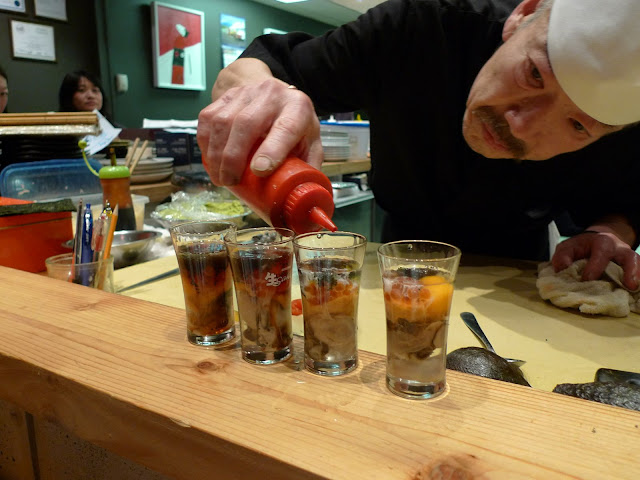 “But I was bored of playing golf all day, so I opened this restaurant,” he told me on my first ever visit there a couple of weeks after he opened. Jazz – another of his passions – is the theme here at the restaurant. He plays it over the sound system, and his website urges you to “listen to our Sushi that Swings.” 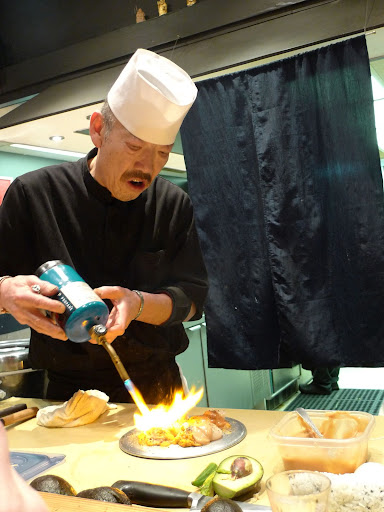 Kimura prefers that you book for omakase a few days in advance so he can prepare for your meal. As he takes your reservation, he will ask you about your likes and dislikes so he can tune the meal around your preferences – and perhaps special order some ingredients just for you. This particular meal, however, was impromptu. I called a couple of hours ahead and told him that four of us will be there for omakase. I heard the reluctance in his voice initially, but he took the reservation anyway. 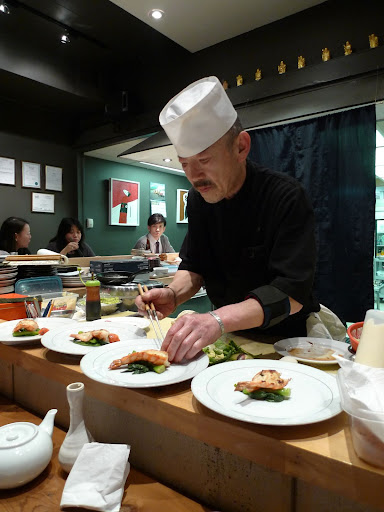 We sat up at the bar when we arrived. There were four of us – which was just perfect as the bar only had four seats. The well paced meal was served over two hours. It was very good indeed. While some of the dishes didn’t quite hit the high notes, the meal over all was stunning in its value proposition and inventiveness. For $30 we were being served some impressive, and imaginative dishes…and he was clearly improvising as he went along. The knifework was a bit ragged and the presentation was loose and imperfect. Each dish – while being thoroughly Japanese – had clear influences from his stints in Shanghai, Mexico City and California. One of the diners in our party has had multiple experiences with Kimura’s omakase. She told me that there was very little overlap dishes she had here and on a previous visit.

We all walked out already plotting for a re-visit. Good omakase is hard to come by in Vancouver. And good omakase at this price? Unheard of until now.

11 thoughts on “Omakase at Kimura – Vancouver, BC”