In an attempt to bolster the registry of locations outside of the usual haunts in the GVRD, a quick lunch stopover in Port Moody while on the hunt for other sweet goodies took place that led me here, to Namoo Sushi.  Funny sounding name indeed, but namoo means tree in Korean (and is also the symbol I see on their business card).  The location is in a commercial building along the main thoroughfare of the old section of this quaint city.  Parking was available just outside.

My visit took place on a weekend, roughly after the 1pm time frame.  A few tables were occupied but it seemed they were known/friendly with the staff.  I saw a drop in customer come get some take away as well.  Service was polite and attentive before and during my meal, I just ran into a bit of lack of attention when I tried to pay (stood way too long at the register with her seated in discussion with the chefs just meters away).  I’m not sure how busy this place can get, and it was hard to judge how the wait staff would cope when it busier. 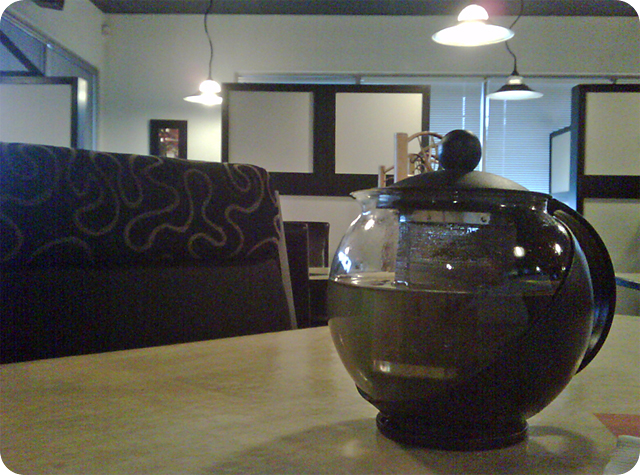 With the chilly wet weather, a pot of hot green tea hit the spot.  Although I was dining solo, I received this all to myself, very helpful when I consume a lot of it and don’t have to bother flagging down a waitress to get more. 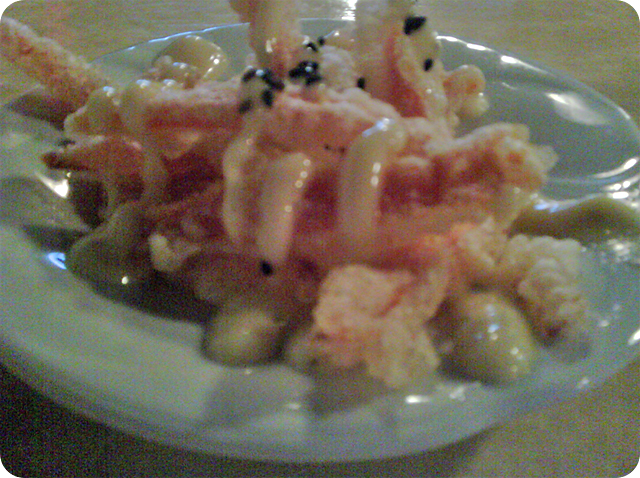 After giving my order, she came back to my table and presented me with this plate of a complimentary appetizer.  Basically it was some stringy sweet potato fries that were drizzled with a mixture of mayonnaise and curry powder, with a few droppings of black sesame.  They weren’t extremely hot so my guess is that they make a batch and these are served ad hoc.  Some were crispier than others but with the cooler temperature, they really lacked excitement for me.  I have a few and pushed the plate towards the edge of my table. 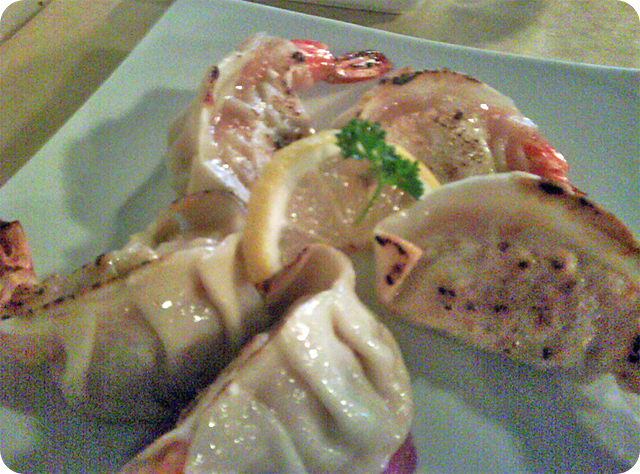 Dumplings are some of my favorite foods.  Especially pan-fried gyoza.  I took a different path here though and ordered the ebi gyoza, just to see what they were like.  Interesting, with each hand folded pocket containing a plump shrimp but also a bit of the usual gyoza mixture – ground pork and chives.  The server had mentioned I could have them pan-fried or deep fried.  I chose the former as you can see, but they were under done for my liking.  I prefer a more crispier base, and they could have used a few minutes more on the hot pan.  Alas, I was not inclined to ask them to go back to the kitchen, as I was kind of in a hurry.  Due to the lack of crunch to the skin, I’d rate these as being slightly disappointing overall, while the shrimp was excellent and I could have done without the little bit of pork meat within as it just confused my tongue. 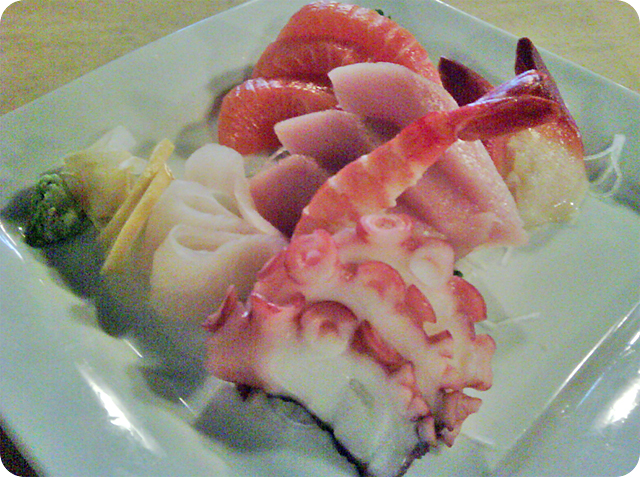 And lastly the main event of my outing.  A platter of assorted cuts of sashimi.  Three slices each of shake (salmon), tako (octopus), maguro (tuna), hirame (flounder/flat fish/sole) and hokkigai (surf clam), and a single cooked piece of ebi (shrimp) rounded out the offering.  Each was quite good, with the shake being really fatty and rich, and the maguro flavorful, soft but not mushy delicate.  I’m curious to know what they have in the upgraded sashimi plates and if I ever am in the neighborhood, I might just give them a try.

Namoo Sushi bills itself as a Japanese AND Asian restaurant.  I think I might have missed it on the menu but perhaps there are some other dishes from other Asian nations (probably Korean given the staff) available.  The Japanese component of the menu was decent from this small sample.  Not really knowing much about the Port Moody scene for sushi, I’d assume Namoo it up there when it comes to locals choices.