Mi-Ae Deli as the English name of this business is called, is another Korean eatery in the commercial complex near the popular H-Mart grocery store at the North Road/Lougheed Highway junction of Coquitlam, BC.  I’ve personally only been aware of it for around two years now, and its a place I’ve visited several times since for a quick meal.  My initial step inside this place was after I had discovered they offered some classic Korean-Chinese dishes and I was on the hunt for jajangmyeon (blackbean noodles). 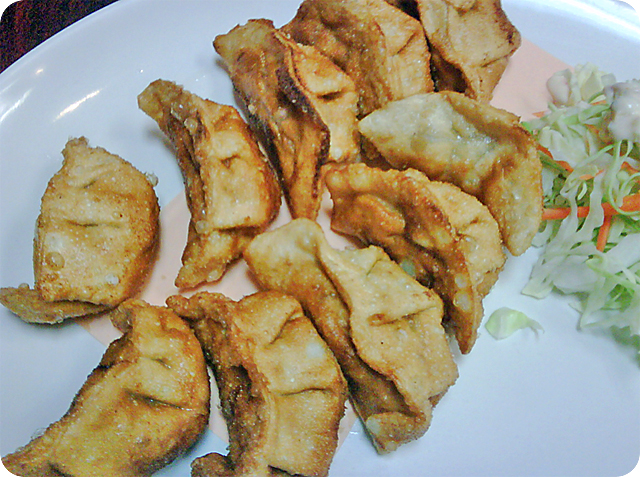 It can get quite hectic inside, and lineups are not unusual, especially on weekends.  Step right in though and you can generally give your order to the woman at the counter, and they will have your food ready quicker when a table eventually opens up.  Service overall is quite limited (no useless chitchat), but fast.

Gunmandu (fried dumplings) is something that I sometimes get to start my meal here, as its both very satisfying and filling at the same time.  In this case, these are deep fried as opposed to roasted in a pan, but still delicious and juicy inside (pork and veggies) nonetheless.   I’m quite certain these are commercially made, but that doesn’t prevent me from eating them. 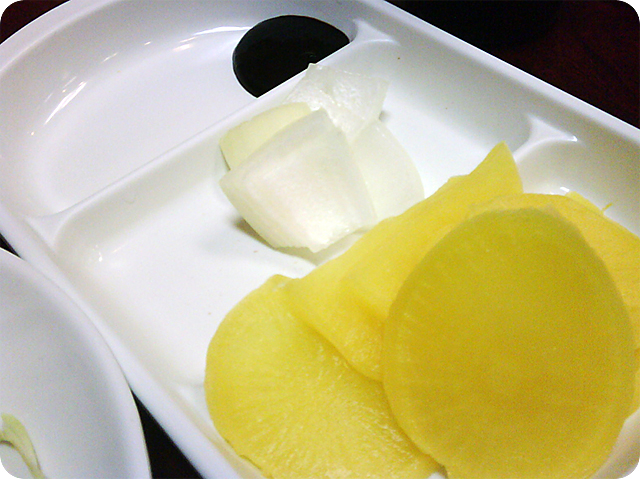 Instead of the usual banchan that you’d normally get when eating out for Korean cuisine, all that comes with the jajangmyeon is this simple small dish of blackbean dipping sauce for some cut-up raw white onions that have  a splash of rice vinegar and this pickled dikon radish (known as danmuji).  Though like other banchan, this is all-you-can-eat and refills are possible.

For me, Mi-Ae Deli is probably most frequented for this above dish, the jajangmyeon.  With a round thicker-style, chewier, wheat noodle as the main ingredient, and flavoured with a similarly thickened, sweet tasting, black bean paste, its quite the meal in itself.  Pork and onions rounds out the ingredient list.  The key as with other multi-ingredient Korean dishes is to mix it up, so don’t forget that crucial step. 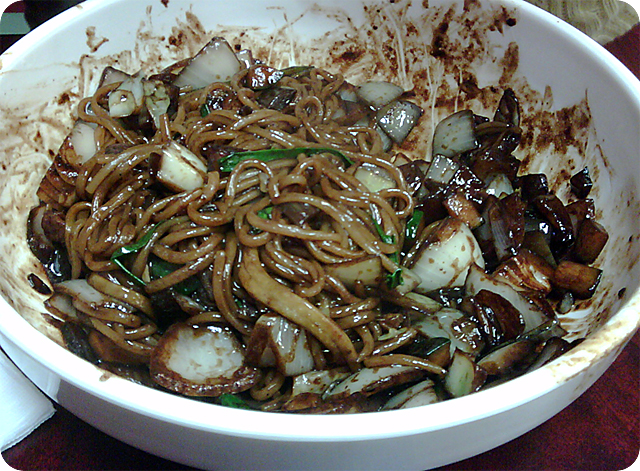 Photo above – of the post-mixed look.

Lately, instead of doubling up the table with another sweet tasting Korean-Chinese dish (the tangsuyuk comes to mind), I’ve been enjoying this item, the seafood fried rice with some jajang sauce on the side.  Topped with a semi-funny fried egg, the fried rice reminds me of the kind of chahan (fried rice) one gets in a ramen-ya.  Quite dry and well separated but coated and seasoned evenly.  The various bits of seafood in this particular version heightens the overall savoury flavor.  I’m of the type to break up the egg so it further permeates into the rice below, making it slighly gooey but all goodness! You can further add spoonfuls of the black bean sauce to give another taste to this mound of rice.  Two tastes in one dish! 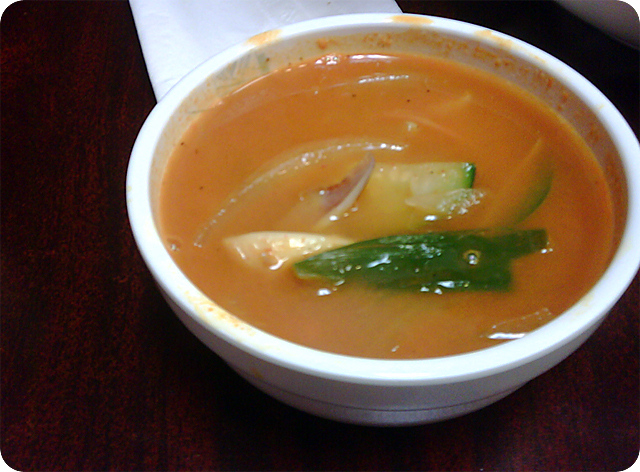 No Korean meal would be complete without a soup.  With the fried rice dish, this accompanies it, a spicy, watery broth with some soft vegetables inside.  A complete contrast to the general sweetness of the other dishes, and the lone item on the table that had a fiery kick to it.  Just a reminder that you’re in a Korean restaurant no doubt.

Not exactly a deli, but Mi-Ae is a casual, almost fastfood variety of Korean-Chinese favorites.   There are a few other places in the GVRD that serve some of the classic dishes of this genre, but this place rates right up there for me.  Give it a try if you are ever around.