Empanadas.  It seems its my “thing” of the past year in terms of something to eat that I’ve deliberately sought out more often than any other food.  In doing so, I’ve had a few different takes on it.  But in the end, I think I’m really all about the salty, savoury taste that only a delicious melted cheese inside can provide. 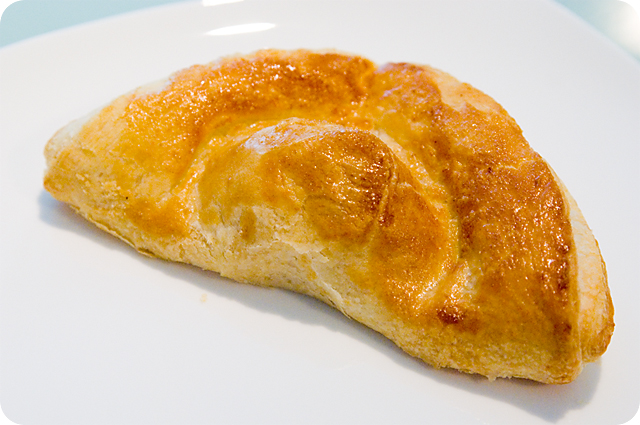 As luck would have it, after my takeaway package from Bo Laksa King was ready to go, I popped over next door to see if there was anything worthwhile at Panaderia, and sure enough they had empanadas.  I’m sure I’m not alone in doing this double-header of meals on this street corner just up the way from Joyce Skytrain station. 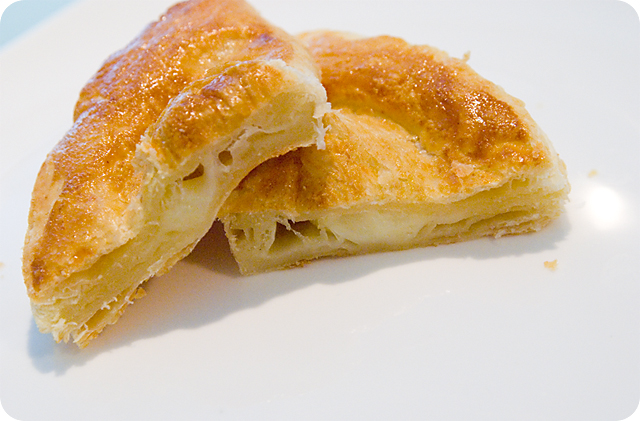 On the other hand, what I got was a 50/50 product.  Great for its light, airy and crispy exterior and the chewy textured doughy inside of the shell.  But the core of it, the cheese, was at best only half melted and the portions that didn’t get the proper heat transfer from the oven, well they clamped onto my molars like a dentist’s plaster.   If the cheese had been melted more thoroughly, I would have really been satisfied.  But its this fine detail that turned me off of this cheese empanada at Panaderia.  Perhaps it was an off-bake, so I’ll give them another try if I am ever in the neighbourhood.

As an aside, the woman who served me did mentioned they had others like beef and I believe chicken, for those looking for a savoury snack.  In fact, as I was waiting for mine to be baked, another couple came in and ordered the beef, with the fellow saying he’d heard the empanadas were good here.  I guess I was not alone on giving them a first try on this lunch hour. 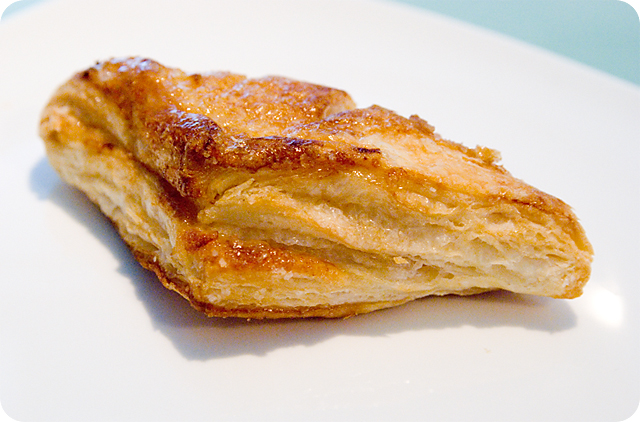 Since I had neglected getting anything sweet (well it turns out the pork wrap I got at Bo Laksa King almost could qualify as a dessert given how absurdly sugary the sauce inside it was!), I asked about something else I saw in the show window.  She basically told me it was like an apple pie, so I figured why not.

Again, they had the crispy dough spot on, and a nice caramelized crust of sugar encasing the pocket.  Sliced open though, the fillings were on the skimpy side, as can be seen by the large void of dead air.  A few small cubes of apple inside, but nowhere near an amount that would cause it to burst open or ooze onto the plate after slicing it in half.  Another disappointment on the side I’m afraid, along the lines of the above mentioned cheese empanada.

If Pandaeria can get their “insides” done as well as they do their “outsides”, I would be impressed.  To date however, the balance between the two is just too far off kilter and thus I have to give it a thumbs down in overall terms, based on these two items alone.

One thought on “Panaderia Latina Bakery – Vancouver, BC”