Since the dawn of the ancient world, human beings have always flocked to establish settlements near sources of abundant and clean water.  For without this life providing and replenishing liquid, we would all perish.  Water brings with it the ability to generate all kinds of necessities, one of the most important being food and edible nutrients.  As you look around at the societies around the world and the relative priority they have placed on developing and maintaining a rich food culture, I for one feel that for the most part, those that are closer to the world’s oceans tend to have a slight edge in terms of the diversity and overall sense of pride that they have when it comes to their country’s food.  For landlocked regions can have their vegetables and four legged animals, but what is missing is the bounty of the seas.

Coupled with the actions of man through its exploration of the world’s seas and establishment of colonies in the New World, these places near water have benefited greatly from their interaction with a constant flow of new ideas, ingredients and more established Old World food cultures and has brought about some interesting hybrids.

Cuba, the island nation of just over 11 million citizens, is one such place that has seen its share of conquerors and an influx of people who’ve established roots (willingly and by force) in the country and contributed to the creation of a blended cuisine.  Of note, the dominant influence of the Spanish colonizers, the traditions of the African continent brought by the unfortunate slaves who were trafficked here against their will centuries ago, the coming and going of other European sea-faring powers of yesteryear such as the French, the Dutch, and not to forget the more “local” influences of their Central American neighbors. 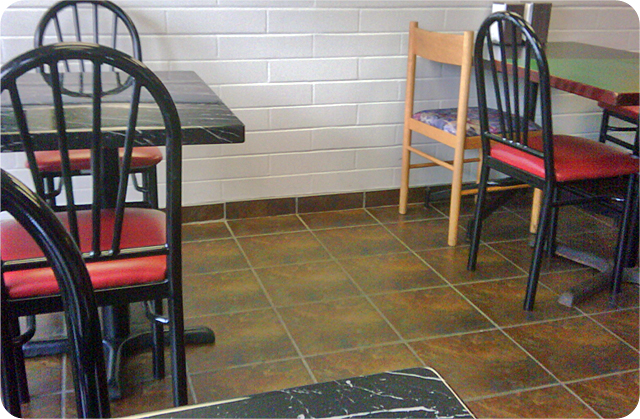 Though I have never personally visited the country, I do have some friends who have over the years.  Their reaction has been somewhat mixed when it comes to their food experiences.  Perhaps its the limiting menu that is highlighted mainly by the use of beans, rice, some kind of stem/root tuber and soup that soon bored them, but those are the memories they’ve shared with me.

So when I randomly spotted the signage for a newly opened Cuban restaurant called Delicias de Alicia, situated right next door to Gastronomydomine’s beloved Alvin Garden, I was instantly curious.  This spartan establishment featuring the cuisine of the Caribbean nation of Cuba has seemingly garnered a feverish and loyal following already – judging from the busy silhouettes of people I see inside when I’ve driven by in the evening hours on a few occasions.  And on a rainy afternoon when I needed a quick takeout lunch as I was in the area, I parked in a spot around back and made my way inside for my first experience here. 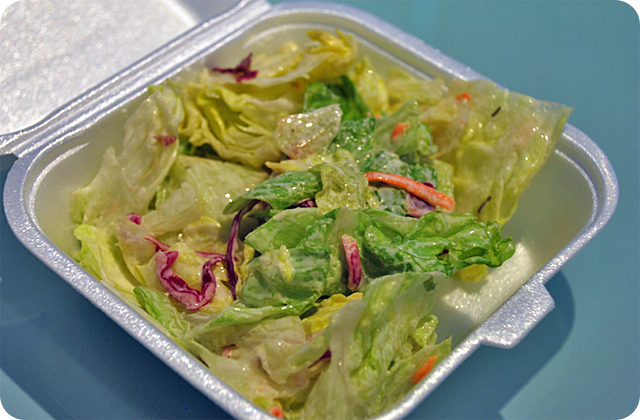 Despite the noon hour timing, there were no other customers inside.  I could see a man and a woman in the back kitchen and it took a while to get their attention.  The older man came out to greet me and explained that their fryer was experiencing some problems, so some things wouldn’t be available – the deep fried plantains – for example.  He said he could substitute it with the yuca with mojo though so no huge disappointment was expected as I ordered my meal, the fricase de pollo.

The man in a very low raspy voice also informed me that he could whip up some of the specials on the board faster if I was in a hurry, but I said that was okay as I wanted to try one of their menu staples.  As he returned the kitchen and I waited, and waited, and waited some more, I regretted my decision to take a less quicker to prepare dish, it was a good 30 minutes before it was ready to go.  Though I’m unsure if the specials would have indeed come out any quicker, as they seemed to be on that molasses slow Latin clock.

If I were to surmise my meal once I got out the door and at a table to sit at, I would have to say that it was overall quite bland.  Not bad, just not taste bud stimulating.  From the starchy and fibrous yuca that just gave off the aroma of garlic and seemingly doused with oil, to the under-seasoned chicken leg that had skin that just wasn’t quite crispy enough for my liking.  The meat itself was juicy and tender however, so plus points for that effort.

The mixed rice and beans was probably the thing I best of this bland lot out of all of the plate’s components.  While again not overly flavorful, the combination of ingredients in each mouthful was acceptable and most of all, filling.  The pleasant surprise in all this was despite the concentration of beans, there was none of that chalky, powdery texture coming out from them as you bit into them.

Its highly unlikely I will ever go back, as I guess I like my food with a bit more enthusiasm and excitement and not so monotonous in flavour.