First off, loved the name of this place.  And no I’m not a fan of the band.

My visit was on a dreary winter weekend morning – a perfect time to get a quick cup of hot coffee, something to nibble on and work on the laptop with free wi-fi as I killed some time before a meet up with a friend.  I wasn’t alone, as several others had the same idea, some even pulling out those dreaded computers with a piece of fruit as their logo. 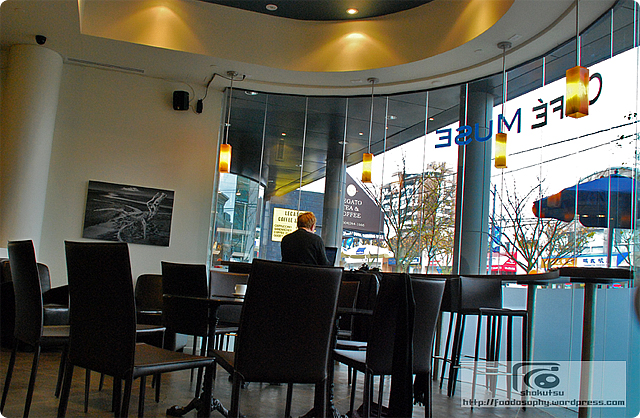 With a wide open glass facing, the entrance area is nice and bright.  Towards the back are more tables but feels darker and enclosed.  Why people would want to sit there when you can be in natural light is beyond me.  Pleasant and boisterous welcome from the folks behind the counter, make this place feel pretty homey. 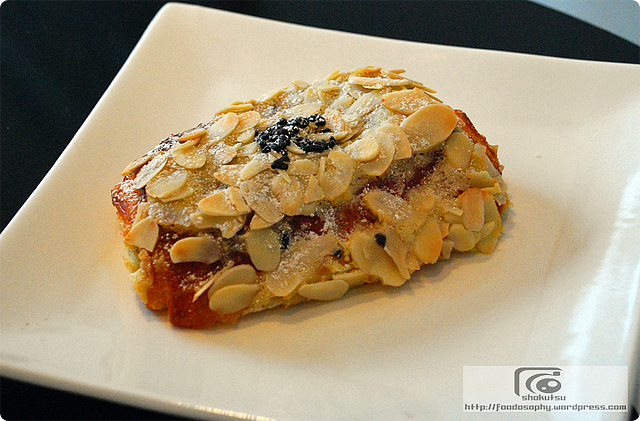 Settling in, I ordered from the pastry counter this almond croissant.  The barista mentioned that they were having some issues with some suppliers so their counter was not fully stocked, same thing was affecting their containers/cutlery as well.  It was a bit dry for my liking, especially the inside.  Plenty of almonds on the outside though.  And not too sweet. Not completely inedible, but nowhere close to the superb variety found here.

Unfortunately I was there too early as their soups weren’t ready.  I believe I saw some clam chowder and borscht among the options.  Again, a supplier issue raised its head, according to the person I spoke to.

Caffe Umbria, a roaster based out of Seattle is apparently their supplier, assuming from my scan of some printed matter I saw on the wall.  They had some packaged  whole bean product for sale as well for those interested.  My latte was okay, a touch on the lukewarm side though. I’m not overly fussy when it comes to coffee, I generally just require the slight pick up it gives me, though the effectiveness of caffeine is wearing thin these days from over drinking it.

With one or two solid cafés on this street, Café Muse probably won’t make the top of people’s lists, but sure beats the Starbucks outlets found on the same strip.  I guess it falls into that middle range for preference.

2 thoughts on “Café Muse – Vancouver, BC”