Self-described as a neighborhood pizza café, I was pleased that there was a new option to choose from when it came to satisfying my occasional craving for pizza in Edmonton.

Tucked away in a small strip-mall just off of Ellerslie Road on the south-side of Edmonton, this new pizza franchise appeared to be focused on thin-crust pizzas, ideally suited for the quick cooking times and intense heat of their “red brick” pizza oven.  Scanning the menu, I was initially disappointed when I got to the description for the Margherita Pizza:  “ mozzarella, provolone, white cheddar, parmesan, basil, garlic, fresh tomatoes, red sauce”

Hmmm – red sauce?  Maybe I should turn around and leave…

Uncertain what to order – I tried looking for something that I couldn’t find at the two-for-one’s around the corner.  Settling on #13:  Proscuitto, Mushrooms & Arugula: with mozzarella, parmesan, olive oil and garlic sauce.

We settled into one of the booths complete with its own TV – and took in the décor of this café.  It is nice, but feels more commercial than its advertised neighborhood café promise.  The pizza arrived quickly – delivered on a cardboard tray, along with paper plates. 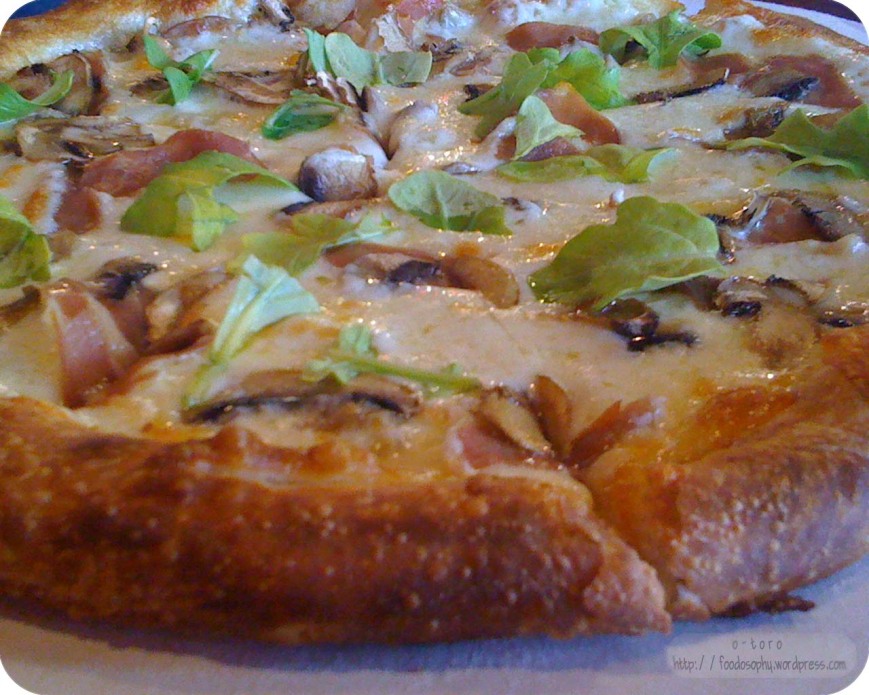 First impressions were that it looked good, with a fair amount of toppings for a thin-crust pizza.  The initial taste reactions were that it was a bit salty – not sure if it was from the prosciutto or the parmesan, but was still quite good.  The base stayed crisp throughout, and the crust was surprisingly light with a nice bite.

Is this traditional Neapolitan pizza?  No – nor do they claim to be.

Is it the best pizza ever?  No, but definitely better than the aforementioned two-for-one’s.

Nothing to get too excited about, but with Edmonton’s weak pizza offerings – it’s better than most.

To better answer some of the comments posted, I figured some additional photos would make things more clear.  The term ‘crust’ is used very loosely when describing pizza, and will ultimately lead to confusion.   i.e.  thin-crust,  pan-crust, stuffed-crust, etc.   The pizza offered at Red Brick Pizza has a very thin ‘base’, but a doughy ‘rim’ which has a nice outer crunch due to the open fire oven it is cooked in.

Picking up a slice of this pizza is very similar to picking up a New York style slice, where the base is not able to support any of the toppings.  The fold-and-hold method used in NY also works very well with Red Brick pizza. 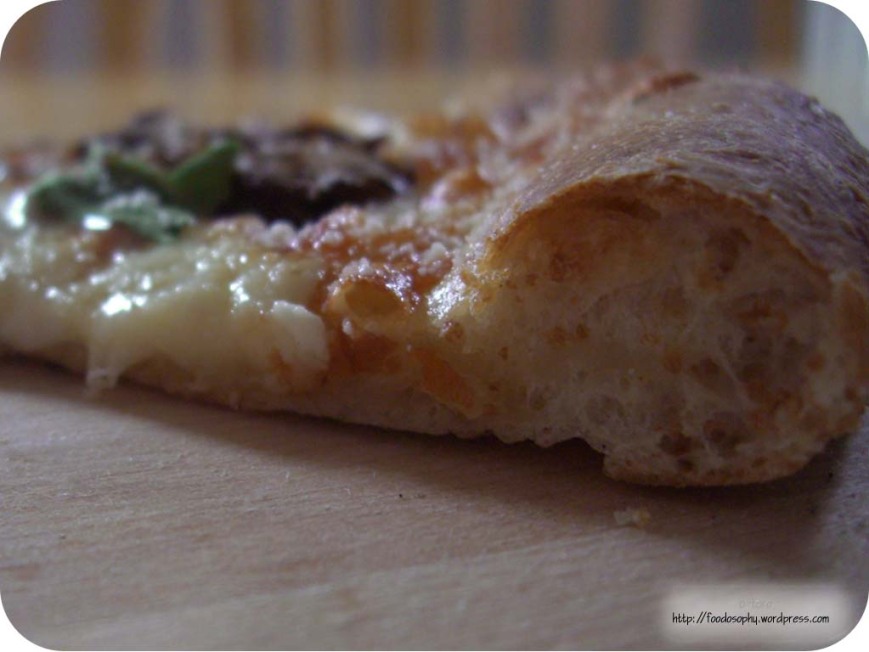 The hot stone base within the pizza oven is what makes this style of pizza different from many of the other broiler/conveyor-belt oven joints around.  Having personally experimented with this style of oven – I know that loose flour will burn quickly — eventually sticking to the base of the next pizza if you’re not careful.   The base of this particular slice was clean, unfortunately there were a few slices which were not so. 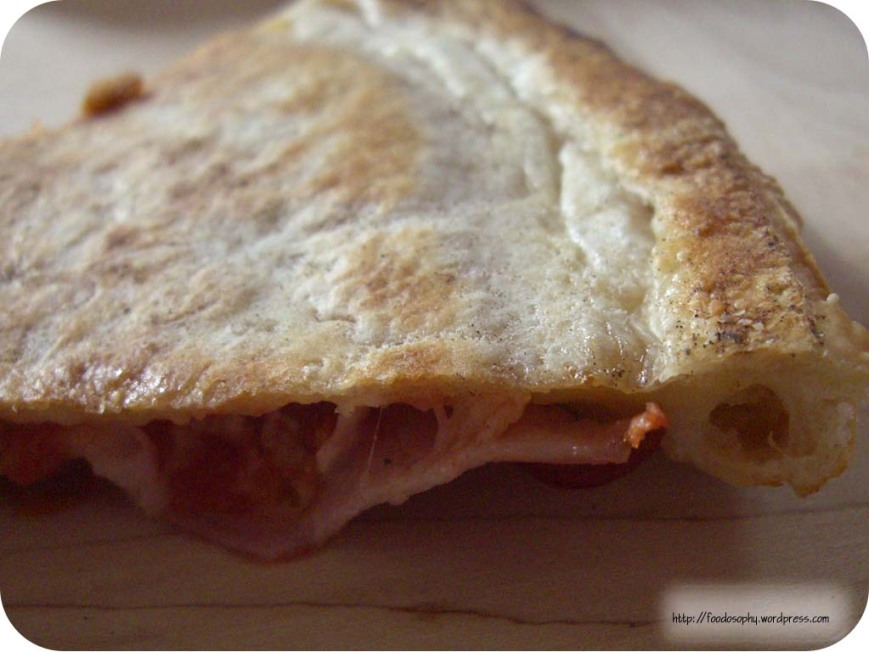 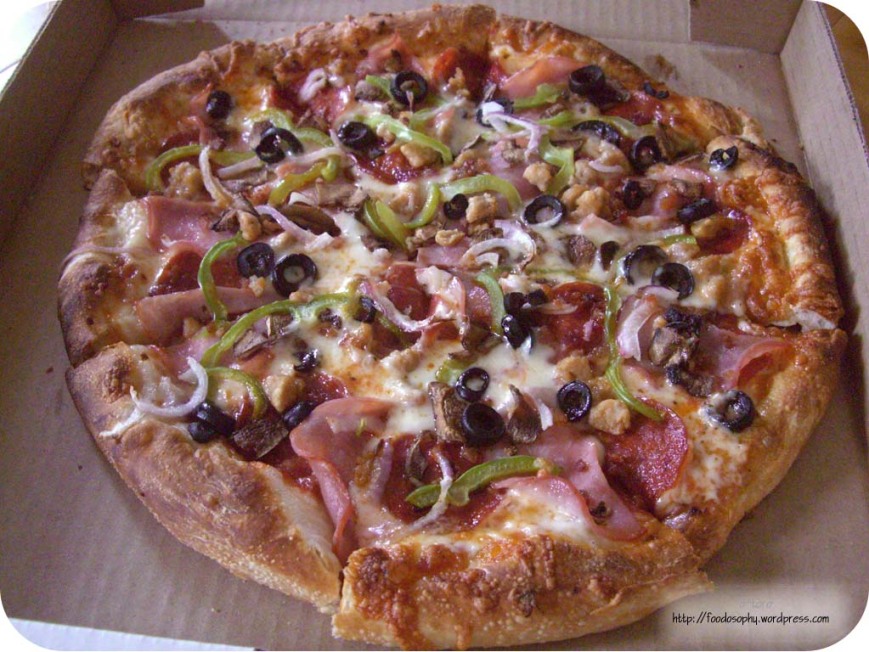