[A return to the other side of the ocean with this post, as I try and catch up on my recent travels. Please enjoy them as Vancouver-specific posts will be rotated in, along with Foodosopher’s regular contributions from Alberta]

Venturing into the remote parts of the New Territories courtesy of a four hour long hike along a segment of the MacLehose Trail was a welcome reprieve from the urban madness and concrete jungle that travelers usually associate with Hong Kong. The entire trail measures over 100 kilometers long, and stretches over mountain peaks and valleys across lush forests that truly takes you away from the hustle and bustle of Hong Kong Island and Kowloon. Well into my journey, I came to a small little village called Sai Wan, that appeared as an oasis after long stretches of not seeing any signs of local civilization.

Having exhausted my water supply, I was dying for some liquid replenishment, but as I stepped inside the entrance of the Oriental Restaurant & Bar to buy a bottle of water, I realized that I was also quite hungry. Luckily my two other hiking pals were also in need of some food and we decided to take an extended break on the patio of this establishment, as the sun began to make its way into the late afternoon sky.

To our surprise, we soon saw a bunch of other customers sitting at the tables in the back of the building that faced the Pacific Ocean. Even more unexpected was the fact that all of them looked very refreshed and not drenched in sweat from having hiked the paths that our group had (we later learned that there was a bus stop just ten minutes away that these people had probably used to access this little village). Even in the midst of such splendid nature, these Hong Kongers were taking the easy route – those darn spoiled city folk!

Perhaps some readers would concur, but after some extended, strenuous physical activity, your cravings for food changes. For some, it makes you want to consume more having burned so many calories. Other times, coupled with dehydration, it makes you crave salty things. Both of these sensations had hit me as I sat down on the cheap plastic chair at our table and scanned the menu booklet. 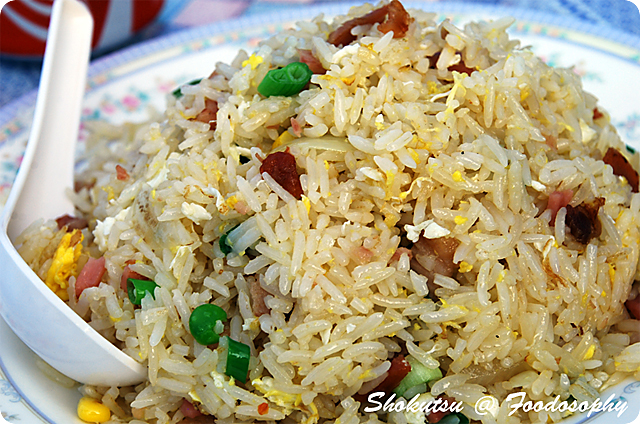 As I closed my eyes to give myself a moment to calm down, I knew I could eat just about anything. But at the same time I was aware that I couldn’t expect too much from a place like this, that was literally in the middle of nowhere, so I opted for a safe bet – the Special Fried Rice. Again, I am not sure if it was my physical state at the time, but this was a delicious plate of fried rice which included simple ingredients such as green peas, onions, egg, etc. Nothing “special” about it per say, but for a hungry hiker, it really hit the spot! For me when it comes to fried rice, its the rice that is vital. Can’t be too mushy and each rice kerenel must have that little bit of a crisp exterior. 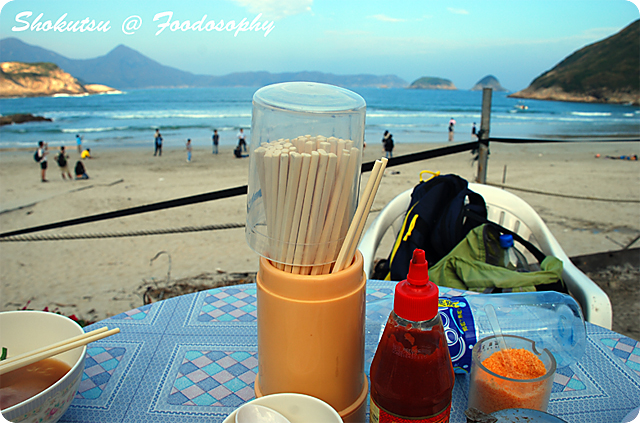 And the view didn’t hurt either! 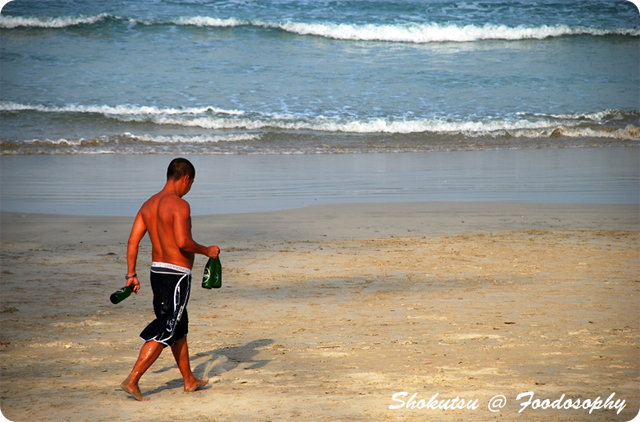 Further adding to my sudden relaxed state was seeing one of the waiters carry out some cold bottles of beer to a small boat that was sitting in the shallow water and wishing I could be on that watercraft.  Talk about paradise!  But I knew my hike was not yet finished so indulging in that desire would have caused my friends to leave me for dead on the intense trail back to the nearest town site.

I love coming across these expectation-exceeding little spots on my travels. They don’t always have to be in these beautiful natural surroundings, a hole-in-the-way food counter in a side street in the city will do just as well. Great food, interesting scenery, amusing service staff, etc. they could all help make these kinds of experiences a long lasting memory. I hope to have the opportunity to continue to explore and find these places that stand out for me and I can fondly look back on many years later. Oriental Restaurant & Bar will certainly be one of them. Happy trails!