[As with all of our posts, please click on any image for an enlarged view]

Let me begin by saying I have no clue what the prices are here, as it was a business dinner with the other side doing all the ordering and picking up the final tab  But all indications are that its not cheap… 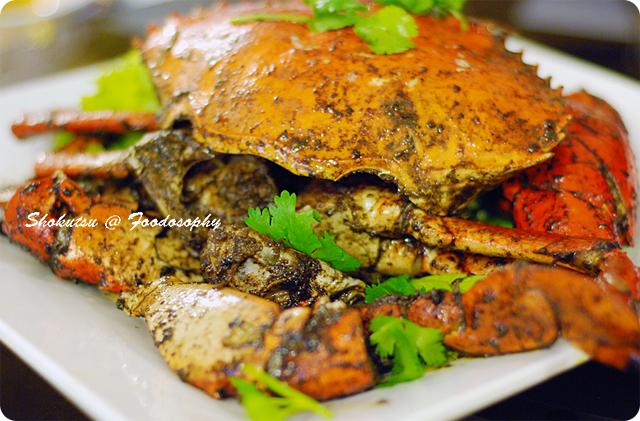 Long Beach is a chain of four restaurants in Singapore, with their claim to fame being that apparently they were the original creators of black pepper crab, along with being the first in Singapore to serve fresh live seafood on its menu.  The location we were at was on Dempsey Road, really close to the Singapore Botanic Gardens (a great free place to walk by the way).  For those driving to this location I would share a word of caution, as the parking space on this dirt lot and windy narrow road up a hill, is not really friendly to navigate and probably always ridiculously full.  If not for a few attendants who guided us through and even directed us to park in some tight spot like an amusement park bumper car, I am not sure how we would have managed. 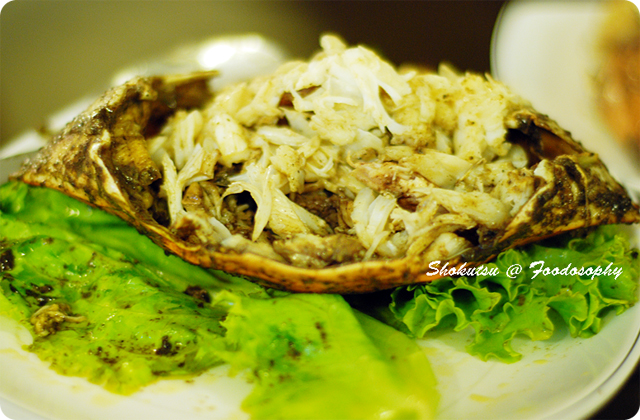 The space had both an outdoor patio and an air-conditioned indoor section.  They had initially tried to pull us inside to a private room, but we were more keen on taking in the more boisterous scene on the patio, and won that argument.  I’d recommend this part of the floor for sure, as it just seems like a big festival feast, with strings of colored lights, the open air environment, abundant and hustling wait staff, and general colonial feel of the white colored structure. For the sake of brevity, I’ll skip through the long parade of dishes that came to our table, all ordered by our gracious Singaporean host.  Some of it was excellent, others a bit unusual, and others flat out ordinary on taste.  Last but not least, came the star of the show… the black pepper (Sri Lankan) crab.  Actually two of them arrived, and looking around our table of five, I could tell some were already bursting at the seams.  I was probably one of them, but how could I pass this up after all the hype I’d heard over the years. 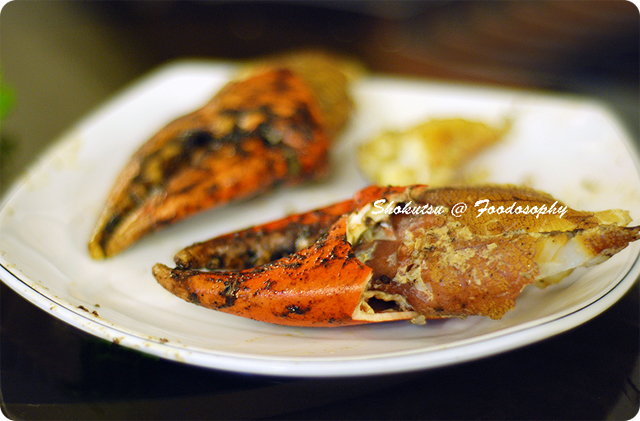 Staring at me from the plate, one of the crustaceans was simply glistening in the mixture of black pepper and soy, with its massive claws folded neatly by its side and in front of its face.  I envisioned a battle might ensue at the table for those prized clampers, but as luck would have it, some of those who’d had enough easily gave up their stakes and I ended up with two!  Our host asked one of the servers to do us all a favor and take apart the crabs so they would be easier to eat – what a fantastic idea!  He took it to a side table and began breaking it down and after a short while, came back with one of them with its meat all piled up in a clean little pile served in the body shell.  The claws arrived on a separate dish, with plenty of the meat visible to just about everyone at the round table, making me think that I might have lost my second claw to a regretful diner.

Taking a spoonful of the meat that had been carefully carved out of the shell and smaller limbs, I knew right away this was very fresh.  Even the thinnest strands that I tasted were succulent and rich with flavor, and this came out despite the incredibly overwhelming power of the black pepper.  The more and more I ate though, I began to feel that the black pepper was quickly becoming a distraction, as it was so one-sided in flavor that each bite began to meld easily into the next without a real contrast in taste sensations.  In baseball analogy, it was like facing a fastball after fastball, with no sign of a curveball in sight.  If not for the amazingly meaty front claws that I had on my plate, which gave some change in texture, and even more flavorful scents of the crabmeat itself, I am not sure I would have enjoyed it as much after a while.  But all in all, I could see why this was the signature dish, as it certainly was a memorable experience in dining.

Just be lucky like me and be able to keep your wallet in your pocket when the massive bill comes to the table.  Don’t meals always taste better that way? 🙂